A report in the Peterborough Advertiser

“The Stamford Mercury recalls an interesting circumstance in which William Hopkinson (1784-1865) a solicitor in Stamford, became Lord of the Manor of Little Gidding. One night in 1848 he was detained at his London hotel, Gray’s Inn Coffee House, through missing the York Mail, and in reading the newspaper noticed an advertisement of the sale of the Little Gidding estate.

Early in his life, he had read Peckard’s Life of Nicholas Ferrar, and had been fascinated with its story. The next morning he went to the address given for the sale of the estate, and when he returned to Stamford, it was in the character of the Lord of the Manor of Little Gidding. He had purchased 700 acres that composed the estate together with the buildings upon it.

He set to work to improve the estate and concerning the church, he wrote to a friend: ‘As to the dear little church, I am resolved, through the divine grace and help, to do my utmost. The possession of this spot was through an extraordinary impulse and I feel a solemn duty is to be performed towards it.’

Mr Hopkinson was buried at Little Gidding.” (‘I wish to be as near to the remains of that holy man [Nicholas Ferrar] as possible’)
The Peterborough Advertiser, 18th August 1914 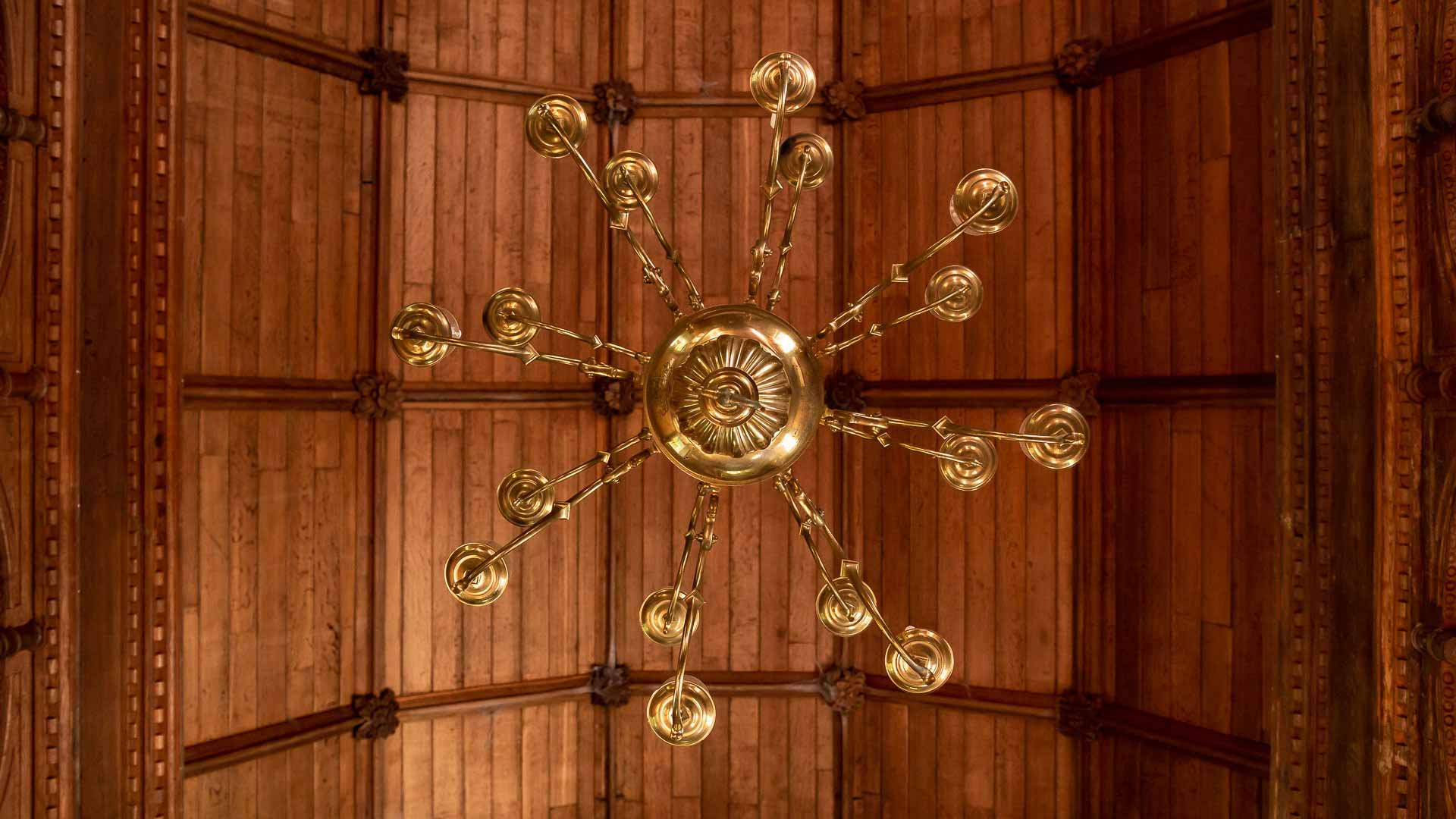 Chandelier in the nave of Little Gidding church

It has been suggested that William Hopkinson bought the chandelier from Uppingham Parish Church at the time of its renovation in early 1850s. The description matches, and William Hopkinson lived nearby in Wansford, his nephew was at Uppingham School, but no records have been found to confirm the transaction.