Little Gidding Church exterior bears witness to its vibrant past.

To explore:
1. Simply click on the markers in the picture for a brief explanation.
2. Click on the link to be taken down the page for more information. 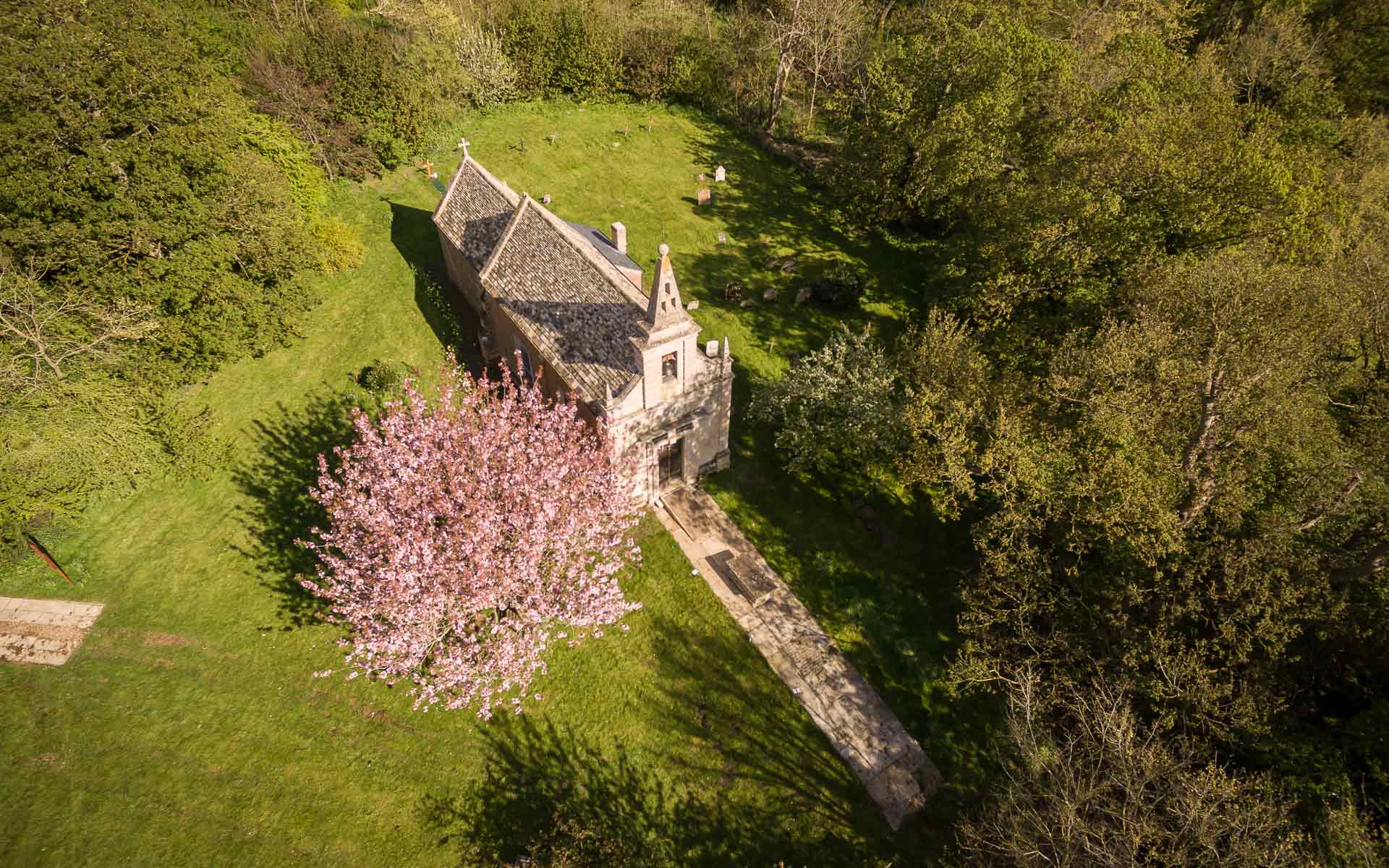 Dated 1714, this stone façade was added at the time of the reduction in length of the nave during renovations carried out by John Ferrar, Nicholas’ nephew. The bell cote has the appearance of a steep pyramid, with a ball on top, and above that a brass weather vane dated 1968 supplied by the Friends of Little Gidding. The bell was put in place by William Hopkinson in 1848.

Over the door is this inscription:
‘This is none other but the house of God and the gate of heaven’
(Genesis Ch28 v17)

Was planted by the Friends of Little Gidding in memory of Alan Maycock, their founder, who died in 1968

Of Nicholas Ferrar, who died 2nd December 1637. An epitaph was composed by his friend, Richard Crashaw: (translated from the Latin)

Whatsoever was earthly of Nicholas Ferrar is laid here.
A man from childhood to the grave of strictest innocence;
Of balanced judgement, of virginal purity,
Of old world piety, of deep humility.
Who after studies shaped at Cambridge,
Perfected by travel, built upon these a life of religion;
And drawing after him, friends and family
By fasting by prayer and by vigils unceasing
Improved his days and nights. More akin
To angels than to men, too soon for us
In light eternal he finished his course
Thus brought nigh to the angels and to God.

The stone slabs leading up to the church door are the tombstones of members of the Ferrar family. Between Nicholas Ferrar’s table tomb and the church door is the grave of his older brother John. There is evidence of brass memorial plates on the surfaces, some of which were placed in the church by William Hopkinson during his restoration.

The Giddings PCC arranged for these slabs to be reset and stabilised in 2002.

There are tombstones, crosses and memorial plates showing the resting places of people associated with the village and the church, including members of the Community of Christ the Sower.