Lady Margaret Proby, daughter of the Earl of Donoughmore, was born in 1857, and in 1882 married Douglas Hamilton, who inherited Elton Hall in 1909 through his mother and adopted her surname of Proby. Lady Margaret died in 1937, and is buried in Elton churchyard.

She was a great supporter of her own Elton church and of Little Gidding church, in which she took a keen interest. Her first visit was on Tuesday April 26th 1910, which she recorded in her diary. She signed the church visitors book on that date, and paid 3d (threepence) for the key, kept by a local farmer.

She frequently motored over to Little Gidding, sometimes when she had friends visiting, and corresponded with the Vicar, Mr Jones, on such matters as the altar linen, the appearance of the church building before the 1714 restoration, and during the 1930s a long investigation into the installation of a paraffin heater. Her architect cousin Mr Hope Bagenal was appealed to for advice: he did not seem very enthusiastic, remarking “today the whole of London is one paraffin heater”. 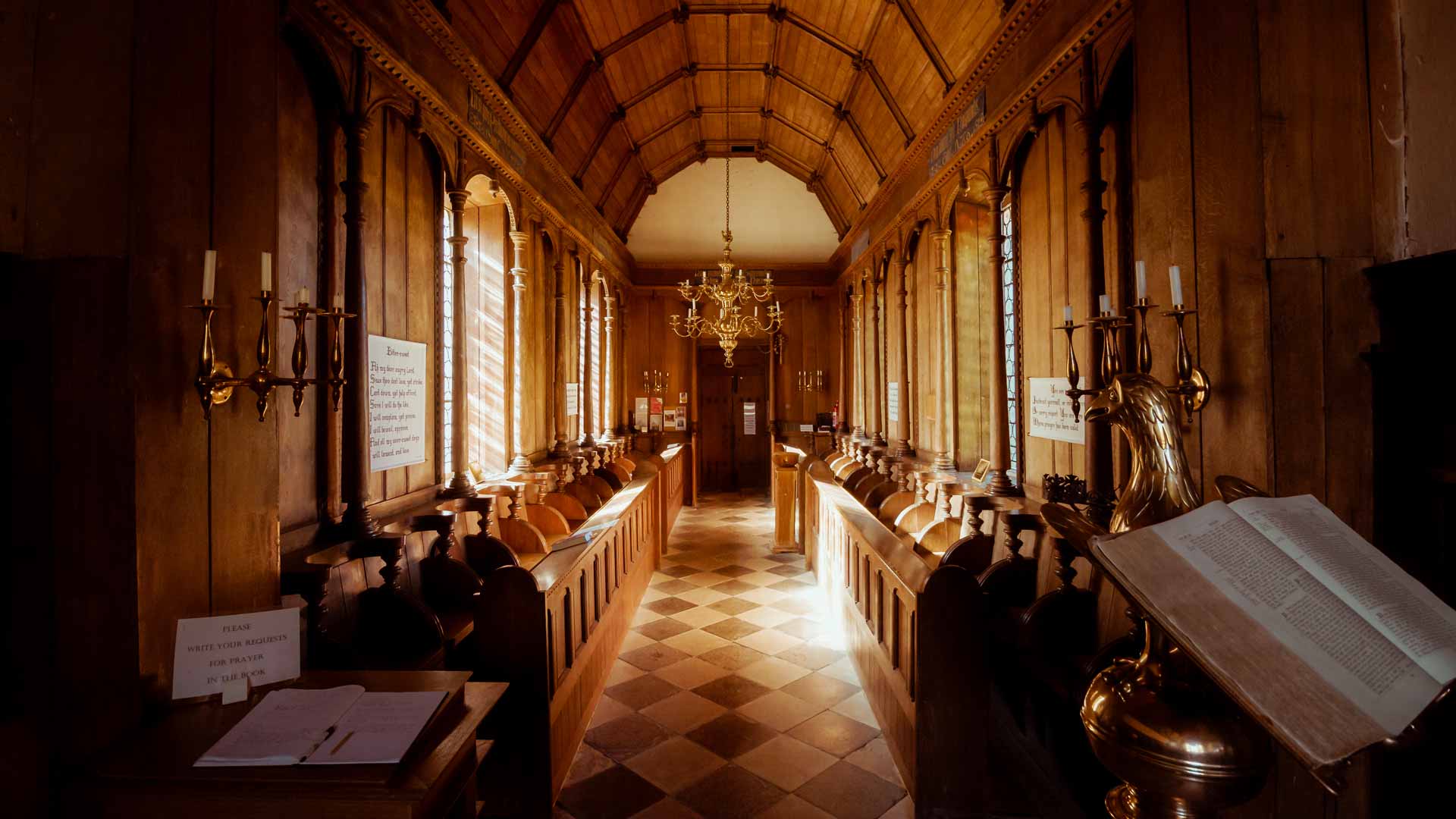 Lady Margaret provided the brass sconces still in regular use in the church, designed by W.A. Lee in the Arts and Crafts style in about 1920, and also a Caroline copy chair, a small pipe organ, the lectern Bible, a sanctuary carpet, and kneeling mats.